Carlisle is the most northerly and one of the smallest medieval cathedrals in England: it suffered for many years from the impact of border skirmishes between the English and the Scots, though its present size is the result of the Civil War, when much of the nave was dismantled to provide stone for the city’s defenses. Originally a Roman camp at the western end of Hadrian’s Wall (from where it’s alleged some of the stone for the original cathedral was purloined), the cathedral’s history begins in about 1102 when Henry I granted a site for the foundation of an Augustine priory, whose canons had completed building their Norman church by 1122. In 1133 he made the prior a Bishop and created the Diocese of Carlisle, with the priory church as its cathedral.

During the first half of the 13th century the quire was significantly expanded in Early English style, aided by a series of minor fires necessitating repairs which were taken advantage of to improve the space. However, a much more serious fire in 1292 destroyed the quire roof and interior, leaving only the walls and aisles standing. This lead to a rebuilding of the quire in Decorated style in a series of efforts throughout much of the 14th century (retaining only the Early English quire walls up to the triforium), with the ceiling completed around 1350 and the east window glazed by 1380.

This is the quire we see today with the magnificent east window, a great display of flowing tracery 51 feet high, and the gorgeous oak, barrel-vaulted painted ceiling (what appear to be hammer beams are more likely the sawn-off ends of tie beams from a previous roof). The quire stalls with their finely carved canopies and misericords were installed in the 15th century, and the tower, begun in 1392, was completed around the same time together with a rebuilding of the north transept.

The cathedral suffered fundamental damage during the Civil War: between 1645 and 1652, the six most westerly bays of the Norman nave were demolished and never rebuilt, so that the nave now ends abruptly after the first two bays. It is likely that the cloisters were demolished at the same time for the same purpose. Further damage occurred to the internal fabric of the church in 1745 when Jacobite prisoners were interned there. As with the other sandstone cathedrals (Chester, Lichfield and Worcester), Carlisle has required on going repairs and maintenance to its stonework to combat the ravages of time and weather. Some of the 18th century restoration was sympathetic, but that of the 19th less so, and the face and doorway of the south transept is a 19th century reconstruction. 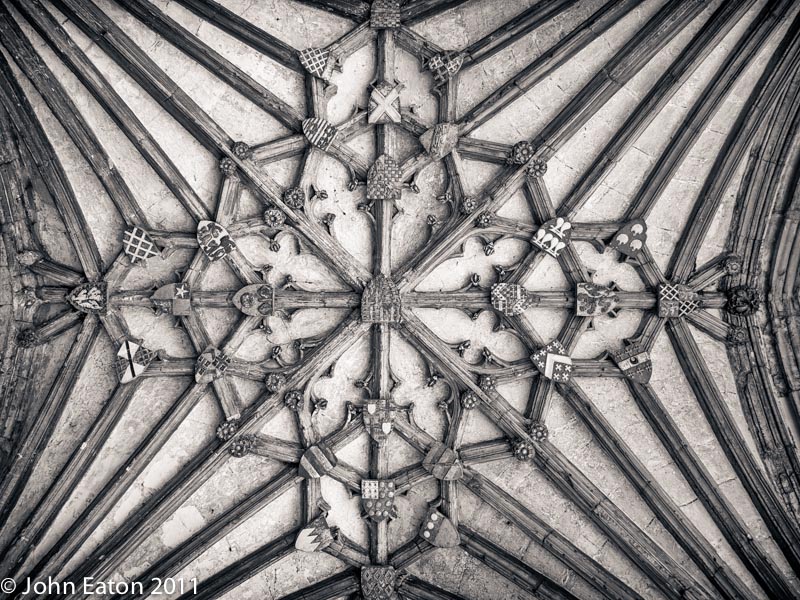