The original church here was founded by St. Augustine in 604 while on his way from Canterbury to London, the second-oldest see in England after Canterbury – in many ways a strange location for a new see being only 25 miles from Canterbury – and hence a rather small church, relatively poor, and perceived to be in the orbit of its powerful neighbor.

The first Bishop of Rochester, Justus, was one of the missionaries accompanying Augustine and he was granted permission by King Ethelbert to establish the first Saxon church here, dedicated to St Andrew (the same dedication as the monastery in Rome from which Augustine and Justus had set out), though Ethelbert appears to have actually built the church, likewise much of the city around it. Located on the banks of the Medway, in the south-west quadrant of the Roman town with limited scope for expansion (similar to the situation at Chester), it suffered along with several other cathedrals from the ravages of war, especially from the marauding Danes and, in Rochester’s case, also by the Kings of Mercia.

The original cathedral was destroyed at the time of the Conquest, as was much of the city, with the stone being used to build the castle commanding the crossing over the Medway. After a period of decay, Bishop Gundulph was appointed as the first Norman bishop in 1077 and a new building was begun in 1082 as a Benedictine monastery. As an appointee of Lafranc at Canterbury, it appears that the new building was a smaller version of what he constructed at Canterbury. By the time of Gundulph’s death in 1108 much of his church was complete, though little remains today, other than the crypt and Gundulph’s Tower at the north of the present church (the top third of the tower was removed in 1779).

The present building belongs to the rebuilding program begun in the 12th century. The work proceeded slowly with remodeling of the nave in the first half of the 12th century and is relatively uninspiring, flat and wide – though relieved by different detail on each pier and ornamental designs to the arches and higher levels. The new church was dedicated on Ascension day in 1130 by the Archbishop of Canterbury, assisted by 13 bishops, and in the presence of Henry I. However, this ceremony was marred by a large fire, which destroyed much of the city and damaged the cathedral – further fires in 1137 and 1179 also inflicted significant damage on the cathedral.

Following the 1179 fire, Bishop Gilbert de Glanville began the rebuilding and enlarging of the east end, including new east transepts between presbytery and quire in 1190. The presbytery was vaulted in 1214 and the quire itself was completed by 1227, unusually completely enclosed by blind arcade walls. As rebuilding progressed to the east in the early 13th century, so the style moved to Early English gothic – again following Canterbury in using shafts of polished dark Purbeck marble. Toward the end of the 13th century the gothic re-building program started back down the nave, but stopped after only the first two bays had been completed (most likely because of a lack of funds – Rochester was always relatively impoverished), so that today we have great examples of Norman and Gothic arches right next to each other.

In the 14th century conflicts broke out between the monks and the laity regarding the latter’s rights of access, resulting in the building of the strong stone pulpitum between the nave and quire. The wooden ceiling in the nave likely dates from the 15th century when the Perpendicular clerestory was remodeled and larger windows were inserted in the nave aisles. One item of gothic rebuilding that did get completed is a very fine Decorated doorway in the south transept. In 1504 John Fisher was appointed Bishop of Rochester – he was a supporter and counselor to Henry VIII (having been tutor to the young Prince) right up to the question of divorce and the split with Rome. Bishop Fisher remained loyal to Rome and was elevated to Cardinal in May 1535 – in June 1535 he was beheaded by Henry. The Priory of St Andrews in Rochester was one of the last monasteries to be dissolved in 1540.

Following the dissolution, Rochester fell into a state of neglect and when Archbishop Laud visited in 1633 he noted that there was no glass in the windows. Rochester suffered severely from the ravages of the Civil War and the systematic destruction of the interior of the cathedral. Piecemeal and minimal repair and restoration was undertaken throughout the 18th century, but was generally severely constrained by lack of funds. This work continued into the 19th century when the fabric was in such a poor state that drastic structural renovation was necessary, much of which was not sympathetic to the overall aesthetic of the cathedral. 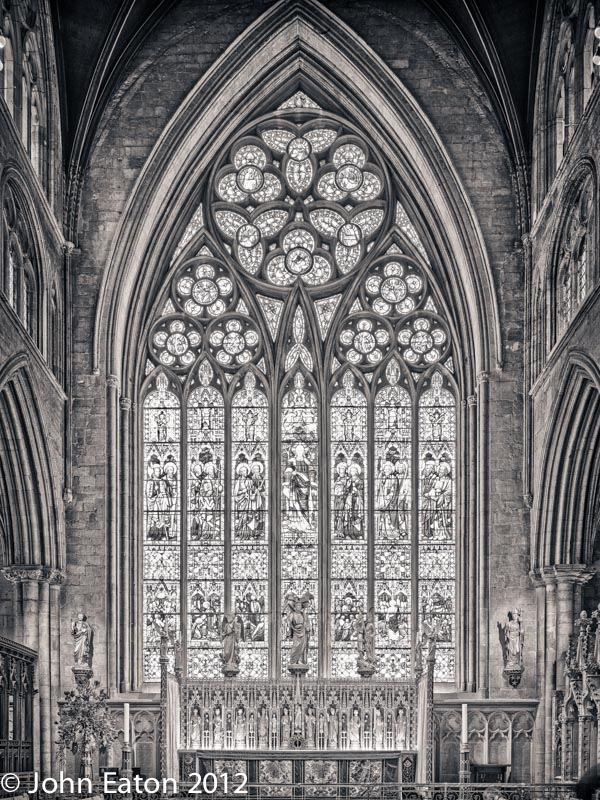