St Bartholomew’s was established in 1123 by Rahere, a courier and favorite of King Henry I, who was taken seriously ill while on a pilgrimage to Rome. At the height of his illness he vowed that if he recovered he would found hospital for the poor in London. Recover he did (viewed at the time as a miracle) and on his return to London fulfilled his vow by establishing St Bartholomew’s Hospital, one of the great London teaching hospitals, and next to the hospital an Augustine Priory also dedicated to St Bartholomew (one of the 12 apostles). Rahere himself served as both Prior of the Priory and Master of the hospital — he died in 1145 and is buried in his church. Rahere’s priory church was a large, impressive Norman building, with a 10-bay nave, ending in the usual crossing and transepts, followed by a 4-bay quire and apse east-end, and cloisters, chapter house etc. to the south of the nave.

This building had improvements to the east end with the addition of a Lady Chapel beyond the apse and the building out of the priory building in the 13th and 14th centuries, but was largely unchanged up until the Dissolution of the Monasteries. In 1543 the priory was sacked and almost all the nave was demolished (all except the last bay at the crossing) — however, the crossing, transepts, quire and east end were saved and put to use as a parish church. The church also survived the Great Fire of London in 1666 and was one of the few London churches to escape damage in the blitz of the World War II — however, it had been neglected and fallen into severe dis-repair in the 18th century and only very determined repair and restoration efforts in the latter half of the 19th century saved it from destruction.

This now the most intact Norman church interior in London — a very dramatic and beautiful space. 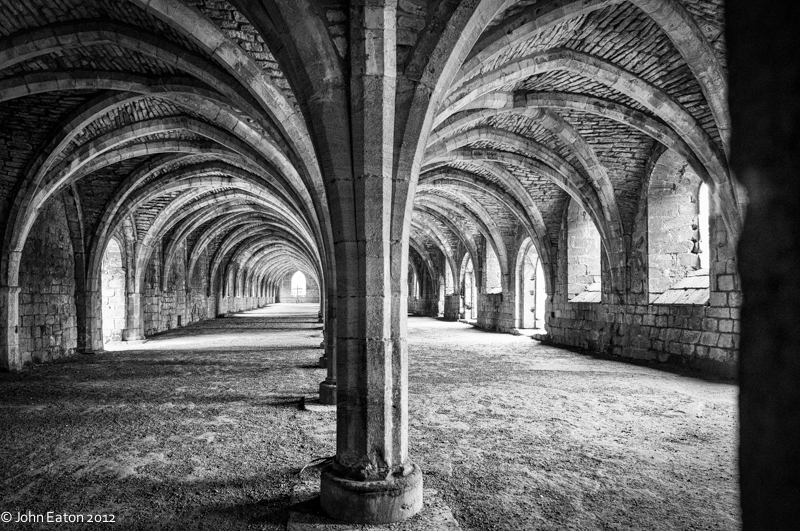