Fountains abbey was founded by a group of monks who were expelled from the Benedictine house in York in 1132 after an internal dispute and who joined the Cistercians in 1135. Initial buildings were of wood, with a small stone church, but the prosperity and size of the abbey grew in the second half of the 12th century and resulted in a significant building programme to accommodate more monks and expand the church. The new church, completed around 1170, was about 300 feet long with 11 bays in the nave and is a very fine example of Norman craftsmanship.

This expansion accelerated in the first half of the 13th century when the abbey became very rich, primarily based on it’s production and trade in wool, and spent much of it’s new wealth on new buildings. The entire abbey precinct encompassed about 70 acres and was enclosed by an 11-foot wall. Much of the new building was for accommodating yet more monks and lay brothers (who did most of the commercial work at the abbey), as well as for the abbey’s commercial activities. And the abbey church was further expanded — the quire was rebuilt and lengthened significantly, terminating with a new transept at the eastern end — the chapel of nine altars. The large central cloister, lying to the south of the church, was built using pale sandstone and local black marble shafts from Nidderdale, with the chapter house and refectory off it. On the west side of the cloister is a massive vaulted cellar and storage area (usually referred to as the Undercroft), which lay under the dormitory provided for the lay brothers.

From the beginning of the 14th century, the rather modest abbot’s house, originally built in the mid-12th century, underwent significant ongoing renovation and expansion such that by the beginning of the 16th century it was one of the largest and most sumptuous abbot’s palaces in all of England — it’s great hall alone measured 171 by 69 feet. At roughly the same time the final touches were made to the abbey church with the addition of the 160-foot tall tower, unusually located at the end of the north transept. At the Dissolution in 1539 the buildings and land were sold by Henry VIII, becoming a major source of stone for local country houses. Like most of the Cistercian foundations, Fountains was located in a fairly remote rural area so did not have a local town or group of parishioners who could rescue all or part of the abbey church for their own use.

Nevertheless, the abbey church and it’s surrounding buildings provide a wonderful reminder of the prosperity that enabled the construction of such magnificent buildings and their survival to the present day as a fitting testament to the glory of one of the largest and richest abbeys in England. 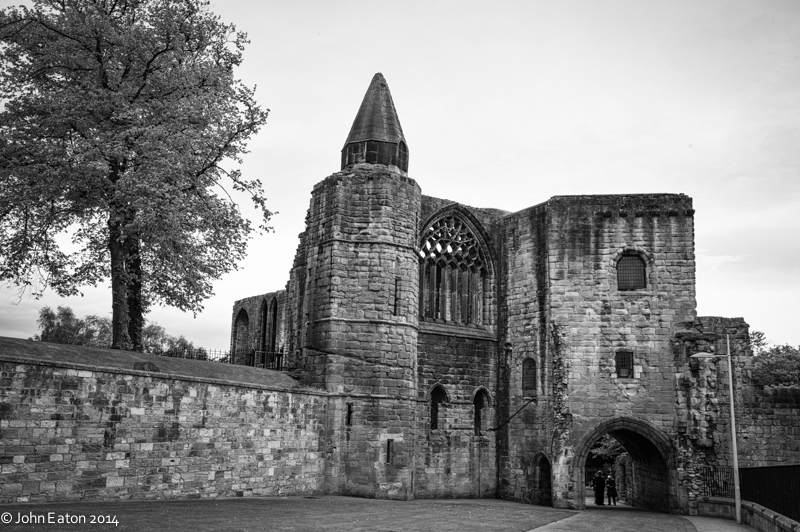